The M.S in Publishing blog would like to officially welcome and introduce you to the Graduate Assistants and Student Aides for the 2016-2017 academic year. Learn more about your classmates and their positions within the department.

Breana Swinehart is an incoming graduate student in the MS Publishing program. Born and raised in Pennsylvania, she went south to receive her BA in English, with a focus in Creative Writing in Fiction and Poetry, from the University of South Florida in 2015. During und

ergrad, she was an editor for USF’s undergraduate literary inquiry. Breana went on to apprentice for a year under a literary agent and was able to further cement her interest in the process of taking a query and seeing it through to becoming a published work. While she’s interested in receiving more intensive knowledge and experience in publishing through the program, she’s mostly excited to be able to make a career out of her hobbies of reading and editing other people’s work.

Rachel Diebel graduated from Pacific Lutheran University with a BA in English Literature in May of 2016, where she enjoyed analyzing Edith Wharton,accidentally founding a student filmmaking program, and hiking in the Olympics. She hails from a tiny town of 500 people in Eastern Oregon and is now p

ursuing her masters degree in the (much) bigger city of New York, where she is living with two other Oregonians to ensure that she doesn’t forget her Pacific Northwest roots. Rachel hopes to work as an editor at a young adult publishing imprint because she believes that the books we read when we are young are the ones that change us the most.

Taylor Lear is a recent graduate from the University of Georgia, where she received bachelor degrees in English and Advertising. She spent her undergraduate career working at an independent bookstore, studying abroad in Oxford, and reading arguably too much Shakespeare. She i

s currently working on her masters degree in Publishing at Pace University, and is optimistic that she will fall in love with New York City as much as she fell in love with Athens, Georgia. Taylor is currently interested in pursuing publicity and marketing for her post-graduate career, but she is excited to learn about all other areas of publishing during her time at Pace.

Zhongke Li is a student from Sichuan Province, China. He graduated this summer majoring in Publishing and Editing from the Beijing Institute of Graphic and Communication.  He interned at the biggest textbook publishing company in China, People’s Education Press. Li also has experience working with other media forms, like Weibo (Chinese twitter). He is passionate about book publishing and wants to produce content that audiences of all ages will be entertained by.

Anna Bailey is a first year student in the M.S. Publishing Program, who graduated from Creighton University in Omaha, Nebraska in May 2015 with a Bachelor of Arts in English and Communication Studies. During her undergraduate career, she worked at a small publishing company consisting of just four writers and editors; there she learned she had a passion for editorial work, which she plans to pursue through this program. During her free time, Anna likes to relive her old childhood dream of becoming a poet and participating in fantasy hockey.

Kevin Mercado will be the new Graduate Lab Assistant at Pace University. He was born and raised in New York City, but took some time away from the city to complete his Bachelor’s degree in the state’s cap 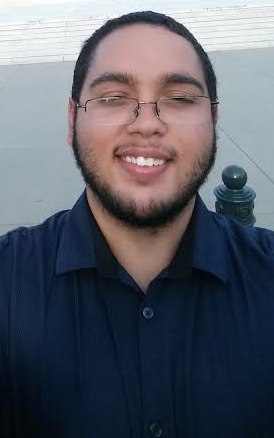 ital at the University at Albany. There he majored in English and double-minored in Business and Journalism. While at UAlbany, he joined college chapters of national and international organizations such as Amnesty International and Peace Action and was the Opinions Editor of the school paper, the Albany Student Press. He recently discovered his passions for the technical aspects of books and book making from his experience managing and creating a section for a weekly circulating paper and is excited to return home to further develop his publishing skills. During his down time he probably watches too much TV, reads, and manages his own writing blog.