by Jordan Forney | Jan 27, 2016 | Around Town: Books and Magazine Events in NYC, Uncategorized 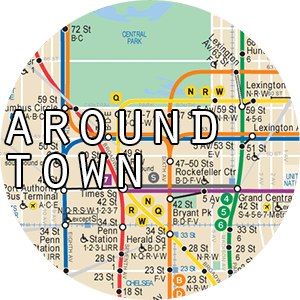 Like anyone with a soul, Michael M. Thomas left Wall Street to become a writer. Now, the bestselling author and frequent contributor to the New York Times and the New Yorker will release his tenth novel, Fixers. Set in 2007, Fixersfollows “cultural consultant” Chauncey Suydam on a mission to funnel millions of dollars to a presidential candidate promising hope and change in exchange for a couple Wall Street-friendly faces in the resultant administration. (Sound familiar?) But as Chauncey navigates Wall St. and Washington, he begins to question his morally dubious mission. The Chicago Sun-Times describes Thomas as “an expert at unveiling the private lives of the big-bucks boys” and advanced praise from James B. Stewart states that Fixers is “hugely entertaining.”

Some things will change you forever, like getting pummeled by cosmic energy, or the first time you recognize that you’re gay. Sure, you haven’t suddenly become an orange rock monster, but professor Ramzi Fawaz turns a queer eye on the cosmic-irradiated guys, suggesting that their sudden mutation represents a common feeling of otherness. Tonight, Fawaz discusses his book The New Mutants: Superheroes and the Radical Imagination of American Comicswith acclaimed comics creator Phil Jimenez, exploring the metaphors implicit in heroes like the Fantastic Four and the X-Men and what their stories might say to LGBT readers. True Believers, take note.

Known for political surrealist poetry that focuses on domestic violence, queer youth homelessness, and mass incarceration, Christopher Soto (a/k/a Loma) will tonight celebrate the launch of a debut chapbook, Sad Girl Poems. But don’t let the phrase “political surrealist poetry” intimidate you — Loma, who received an MFA in poetry from NYU and will be honored with the “Barnes & Nobles Writer for Writers Award” later this year, writes in clear language, enjoyable for both poetry die-hards and poetry novices. So if lines like “My heart is a mudslide, it will suffocate you/[stuff your mouth with forestry]” and the prospect of hearing a queer, latinx punk poet and prison abolitionist isn’t enough to convince you to come, how’s this? Loma will read alongside New York State Poet Laureate Yusef Komunyakaa and 2015 Drinking Gourd Chapbook Poetry Prize winner Nicole Sealey.

February 2nd- Queen of the Night: An Evening with Alexander Chee

Join Alexander Chee for an evening in honor of his much-anticipated new novel, THE QUEEN OF THE NIGHT, a dazzling and  immersive story of a Parisian opera star forced to retrace her past. Here at McNally Jackson, we’ll be celebrating in style with a reading, a discussion, and– a firebreather (yes, a firebreather).

“One doesn’t so much read Alexander Chee’s THE QUEEN OF THE NIGHT as one is bewitched by it. Beneath its epic sweep, gorgeous language, and haunting details is the most elemental, and eternal, of narratives: that of the necessities and perils of self-reinvention, and the sorrow and giddiness of aspiring to a life of artistic transcendence.” –Hanya Yanagihara

Alexander Chee is the author of the novels EDINBRUGH and THE QUEEN OF THE NIGHT, forthcoming from Houghton Mifflin Harcourt in February of 2016. He is a contributing editor at The New Republic, and an editor at large at VQR. His essays and stories have appeared in The New York Times Book Review, Tin House, Slate, Guernica, NPR and Out, among others. He is winner of a 2003 Whiting Award, a 2004 NEA Fellowship in prose and a 2010 MCCA Fellowship, and residency fellowships from the MacDowell Colony, the VCCA, Civitella Ranieri and Amtrak. He has taught writing at Wesleyan University, Amherst College, the University of Iowa Writers’ Workshop, Columbia University, Sarah Lawrence College and the University of Texas – Austin. He lives in New York City, where he curates the Dear Reader series at Ace Hotel New York.