“Publishing a book is like stuffing a note into a bottle and hurling it into the sea. Some bottles drown, some come safe to land, where the notes are read and then possibly cherished, or else misinterpreted, or else understood all too well by those who hate the message. You never know who your readers might be.”

– Margaret Atwood, “Why We Must Defend Writers“ 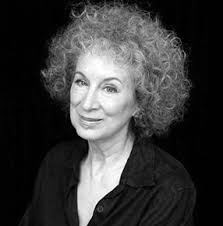 Margaret Atwood is a poet, writer, essayist, literary critic, screenwriter, scientific innovator and inventor, public speaker, and editor from Canada. Atwood has an extensive history of winning awards, including winning the Booker Prize 5 times and the Arthur C. Clarke Award for Literature, among many others. Some of Atwood’s more famous works include Oryx and Crake, The Handmaid’s Tale, and Cat’s Eye. Atwood is also an feminist and environmental activist and is a noted humanist, earning the official title by the American Humanist Society.