The conversation will explore Donald Judd’s writing as a process and primary part of his daily life and artistic practice. Rainer Judd, Co-President of Judd Foundation and daughter of Donald Judd, in conversation with Ellie Meyer, Catalogue Raisonné Research Manager at Judd Foundation and former studio assistant to Judd. A reading of selections from Donald Judd Writings will initiate a discussion on the thematics visited by Judd throughout the text including environment, space, history, and time.

Admission is free. Seats are available on a first-come, first-served basis. 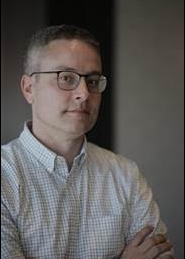 With the historical perspective of The Song of the Dodo and the urgency of Al Gore’s “An Inconvenient Truth”, a brilliant young environmental journalist argues that we must innovate and adapt to save planet Earth.

Civilization is in crisis, facing disasters of our own making on the only planet known to bear life in the vast void of the universe. We have become unwitting gardeners of the Earth, not in control, but setting the conditions under which all of life flourishes—or not. Truly, it’s survival of the innovators.

Human Nature chronicles a disparate band of unlikely heroes: an effervescent mad scientist who would fertilize the seas; a pigeon obsessive bent on bringing back the extinct; a low-level government functionary in China doing his best to clean up his city, and more. These scientists, billionaires, and ordinary people are all working toward saving the best home humanity is ever likely to have.

What is the threat? It is us. In a time when a species dies out every ten minutes, when summers are getting hotter, winters colder, and oceans higher, some people still deny mankind’s effect on the Earth. But all of our impacts on the planet have ushered in what qualifies as a new geologic epoch, thanks to global warming, mass extinction, and such technologies as nuclear weapons or plastics.Human Nature examines the world we have created and analyzes the glimmers of hope emerging from the efforts of incredible individuals seeking to change our future. Instead of a world without us, this history of the future shows how to become good gardeners, helping people thrive along with an abundance of plants, animals, all the exuberant profusion of life on Earth—a better world with us. The current era of humans need not be the end of the world—it’s just the end of the world as we know it.

GIRL: My Childhood and the Second World War 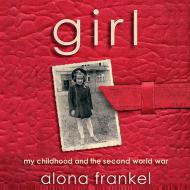 Alona Frankel is a renowned Israeli picture book writer and illustrator, the author of many classic children’s books as well as recently published poetic memoirs for young adults.

This illustrated lecture features a discussion of Alona Frankel’s first book for adults, her memoir about a Polish Jewish girl’s survival hiding as a Gentile in Nazi-occupied Poland.

Admission is free and is on a first come, first serve basis.

GUTS is a bare-bones reading series which encourages experimentation. Writers from a wide variety of styles and life phases are invited to read new work and discuss their practices in an intimate setting. Curated by Dia Felix.

Admission is free. Click here to reserve your spot.