Upcoming Debate on Fake News: Is This a Solvable Problem?

The Daily News Innovation Lab is hosting “Proposition: We Can Solve the Fake News Problem,” which will be a debate on fake news, at the Microsoft Building on February 8th at 6 PM. 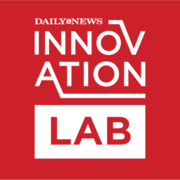 Researching and looking through sources to make informed opinions and fact-check has been made more difficult with the influx of fake news. Fake news, which is the publishing of false information online for the malicious intent to mislead, has gained more notoriety since the PizzaGate, where social media became a carrier of misinformation on a pervasive scale.

In an effort to discuss fake news, its impact on society, and the strategies—if there are any—to fight against it, the Daily News is hosting part of their Conversations events on the topic in regard to media and tech circles, though the issue stretches out far beyond.

The debate will feature industry names such as John Borthwick, David Carroll, and Jane Elizabeth, among others. Tickets are $15 per person.