“I cannot tell the truth about anything unless I confess being a student, growing and learning something new every day. The more I learn, the clearer my view of the world becomes.”

—Sonia Sanchez, “Ruminations/Reflections,” I’m Black When I’m Singing, I’m Blue When I Ain’t and Other Plays 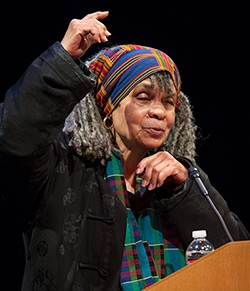 Influential as an artist and an activist, Sonia Sanchez is an accomplished and well-respected poet, teacher, and advocate for political and social change.

Most of Sanchez’s academic and publishing career has roots in her work with the Civil Rights Movement and the Black Arts Movement, motivating her to travel and talk about her activism and read the poetry that was inspired from her experiences in workshops around the world. She’s also credited with starting the first class in America on black women and literature. She is the recipient of many awards, such as the National Endowment for the Arts, The 1985 American Book Award, The PEW Fellowship in the Arts, the Langston Hughes Poetry Award, and the Robert Frost Medal, among others. 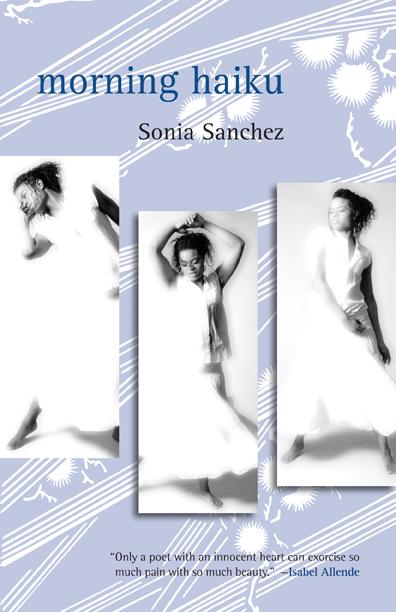 When not  writing or campaigning for causes she believes in, Sanchez works as a poet in-residence at Temple University. The melodic quality of writing found in her most recent poetry collection, Morning Haiku, is also captured in works that proceeded it: Shake Loose My Skin, Does Your House Have Lions?, Homegirls and Handgrenades, A Blues Book for a Blue Black Magic Woman, and We a Baddddd People.