Quote of the Week | Stephen Hawking

The world lost one of its greatest minds last Wednesday. Stephen Hawking – physicist, best-selling author, and a “Living Metaphor for the Scientific Endeavor” – was renowned for his work on gravity and the origins of the universe, themes most famously explored in his book A Brief History of Time: From the Big Bang to Black Holes. (“One of history’s least likely best-sellers,” said Isaac Butler for Slate.) Published in 1988 by Bantam Books, the “landmark

volume in science” sold more than 10 million copies and worked through a series of mind-boggling questions like How did the universe come to be? Does time only move in one direction? Is the universe unending or is it contained? Are there other dimensions in space? But Hawking captivated audiences long before 1988. His adviser at Cambridge, cosmologist Dennis W. Sciama, called Hawking’s 1974 thesis (published in Nature) “the most beautiful paper in the history of physics.” 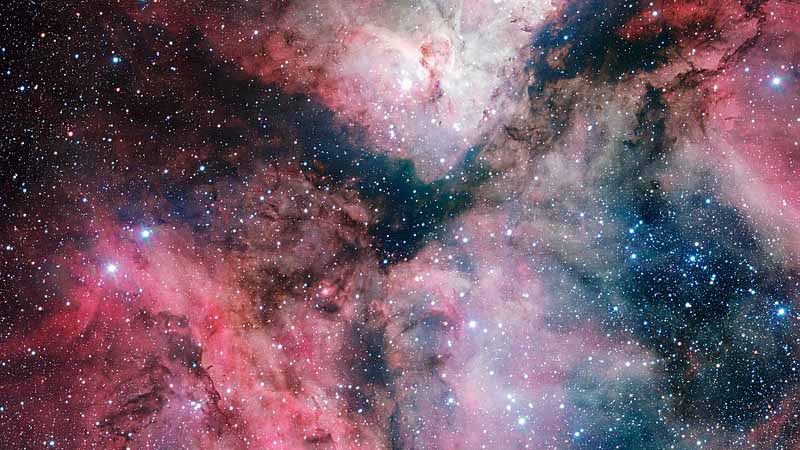 The thesis in question, “Black Hole Explosions?”, was the result of Hawking’s quest to apply quantum theory, a “theoretical basis of modern physics that explains the nature and behavior of matter and energy on the atomic and subatomic level,” to black holes. While conducting his research, he stumbled upon something great – he found particles radiating out of black holes. These particles, now referred to as Hawking radiation, “transformed [black holes] from destroyers to creators,” and was described by the New York times as the “first great landmark in the struggle to find a single theory of nature — to connect gravity and quantum mechanics, those warring descriptions of the large and the small, to explain a universe that seems stranger than anybody had thought.”

A portrayal of a black hole in the Milky Way gallaxy by Ute Kraus, the Physics education group Kraus, Universität Hildesheim.

In 1963, Hawking was diagnosed with Motor Neuron Disease (also known as ALS or Lou Gehrig’s disease). MND affects motor neurons in the brain, preventing them from communicating with muscles. This causes muscles to weaken, stiffen, and eventually waste away, and life expectancy is harrowingly short.

Stephen Hawking was given two years to live.

55 years later, however, we can see the lasting impacts of Hawking’s determination to live a remarkable life. Using a speech synthesizer (which notoriously gave him an American accent), he went on to become a Professorial Fellow at Gonville and Caius College, the Lucasian Professor at Cambridge from 1979 to 2009 (a chair held by Isaac Newton in 1663), a fellow of the Royal Society, and a member of the U.S. National Academy of Science. He travelled to every continent, married twice, had three children, and was the subject of an Errol Morris documentary and an award-winning blockbuster (which won Eddie Redmayne an Oscar). He also made an animated appearance on “The Simpsons,” which he called the “best show on television.” 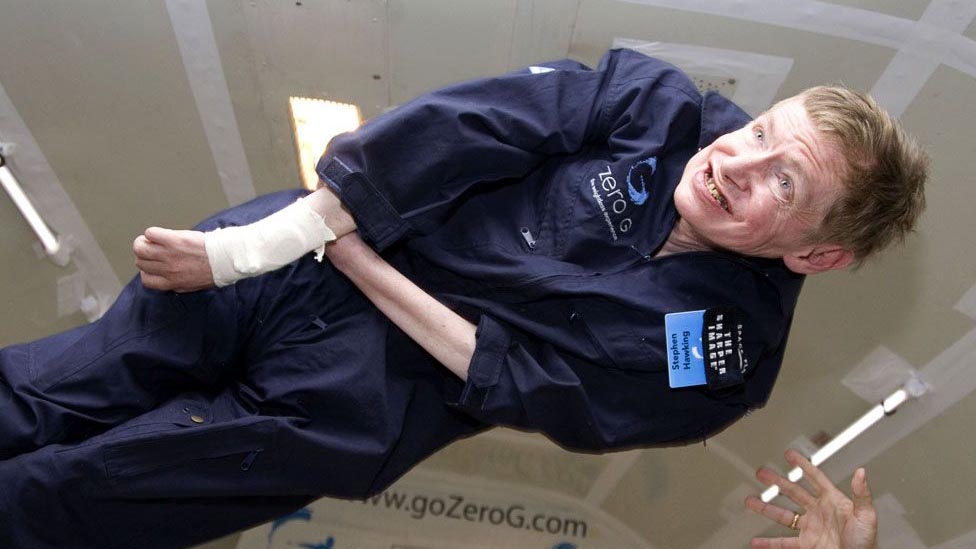 In 2007, a few months after his 65th birthday, “Stephen Hawking soared like Superman” and “fulfilled a lifelong dream: to experience ‘weightlessness’ outside of his wheelchair” on a padded Boeing 727-200 plane built by the Zero Gravity Corporation. In April of that year, the New York Times asked Hawking why he wanted to risk riding in the “so-called vomit comet.” His response? “I want to show that people need not be limited by physical handicaps as long as they are not disabled in spirit.”

Stephen Hawking died at the age of 76. The trailer for Morris’s documentary, A Brief History of Time, is included below.