Quote of the Week | Gerald Murnane

Chances are you’ve never heard of this author or the South Australian town he comes from. The Paris Review called the man “one of the most original and brilliant writers at work today,” and The New Yorker called his third novel, The Plains, written in 1982 and reissued in 2017, a “bizarre masterpiece that can feel less like something you’ve read than something you’ve dreamed.”

Gerald Murnane, 79, has 13 books to his name, with Farrar, Straus and Giroux set to release his final novel, Border Districts, in North America tomorrow on April 3. Described as a “bittersweet farewell to the world and the word,” the work is “a hypnotic, precise, and self-lacerating ‘report’ on a life led as an avid reader, fumbling lover, ‘student of mental imagery,’ and devout believer—but a believer not in the commonplaces of religion, but rather in the luminescence of memory and its handmaiden, literature.”

Today, Murnane spends his days bartending in Goroke, Victoria, Australia, a village-esque outpost with a population of just 200. The second twist to this story? The author is rumored to be named the next Nobel Laureate in Literature.

Border Districts, initially published by Giramondo Publishing in Sydney, Australia in 2017, follows a man as he “moves from a capital city to a remote town in the border country, where he intends to spend the last years of his life. It is time, he thinks, to review the spoils of a lifetime of seeing, a lifetime of reading. Which sights, which people, which books, fictional characters, turns of phrase, and lines of verse will survive into the twilight? A dark-haired woman with a wistful expression? An ancestral house in the grasslands? The colors in translucent panes of glass, in marbles and goldfish and racing silks? Feeling an increasing urgency to put his mental landscape in order, the man sets to work cataloging this treasure, little knowing where his ‘report’ will lead and what secrets will be brought to light.”

“During my sixteen years as a teacher of writing, I removed many adverbs and adverbial phrases from students’ writing. I decided long ago that a writer who needlessly modifies words is either a nervous writer who does not believe in the worth of what they are writing or a vain writer who wants to be seen as discriminating and sensitive to nuances or meaning.” — Gerald Murnane

In December 2017, 40 scholars, critics, editors, and readers traveled to Goroke to attend “Another World in This One,” a one-day symposium on Murnane’s fiction. The Patrick White Award (1999) and Melbourne Prize for Literature (2009) winner has never been on an airplane, and, on par with a list of other eccentricities, requested that conference-goers meet at the local club, where he likes to play golf. 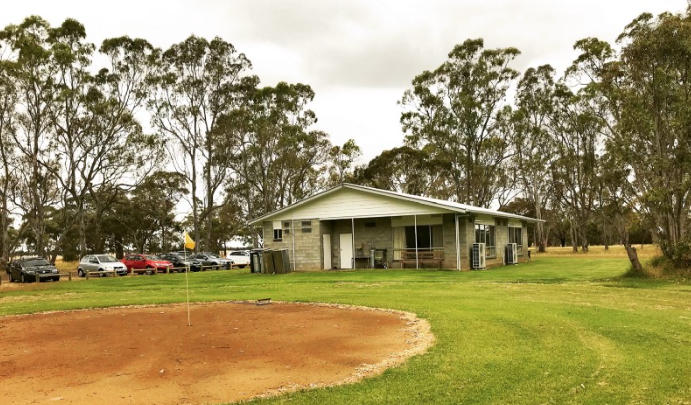 According to The Paris Review, the “lack of attention” paid by publishers and Australian readers to his artistic vision “prompted Murnane to retire from writing for publication altogether. His obsessive and distinctive literature, created almost entirely out of personal ‘mental imagery’ that ranges from marbles and the silks of racehorses to Catholic iconography and the rolling plains of his home state, would have disappeared into obscurity entirely if not for the promptings of [publisher and critic Ivor Indyk] at Giramondo.” Despite his newest book, Murnane hasn’t written anything new since 2015. He says he’s lost the will to write.

You can read Macmillan’s excerpt of Border Districts here. Last year, Ladbrokes, an online betting and gaming community, said Murnane’s odds at winning the Nobel Prize for Literature were 50 to 1. According to The New York Times Magazine, these odds are “better than Cormac McCarthy, Salman Rushdie, and Elena Ferrante.”