Jesmyn Ward’s Sing, Unburied, Sing “brings the archetypal road novel into rural twenty-first-century America [with] an intimate portrait of a family and an epic tale of hope and struggle.” David Grann’s Killers of the Flower Moon “revisits a shocking series of [true] crimes in which dozens of people were murdered in cold blood.” Mohsin Hamid’s Exit West follows “remarkable characters as they emerge into an alien and uncertain future, struggling to hold on to each other, to their past, to the very sense of who they are.”

What do these books have in common? It isn’t genre, pub date, or subject matter…but all three were critically acclaimed titles and finalists for various prizes. Running out of guesses? OK, I’ll tell you! These books were the January, February, and March selections of the new PBS NewsHour – New York Times book club!

The PBS NewsHour – New York Times book club, ‘Now Read This,’ got its start in January of this year. Every month, the ‘Now Read This’ team picks a book that helps people make sense of the world they’re living in (kind of like Signature). The chosen book is announced at the beginning of each month and readers have 30-ish days to complete the work of fiction, history, memoir, nonfiction, etc. 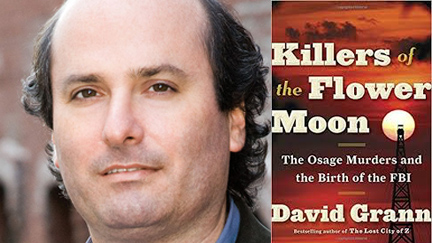 While an online book club may be a little different than what you’re used to, the ‘Now Read This’ organizers discuss the book with you as you read along, just like an “in person” book club. As the month progresses, they post discussion questions and “other material related to the book and from the author, including writer’s advice and an inside look at how the book was written.”

You can also read reviews of the book from the pages of the New York Times and submit questions to the books’s authors via a Google form. At the end of the month, the author appears on PBS NewsHour to talk about the book. 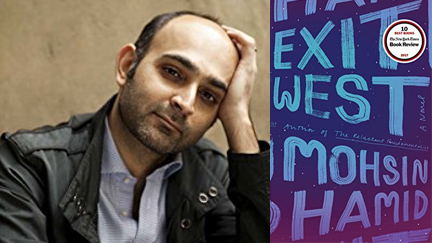 Most of the PBS NewsHour – New York Times book picks are out in paperback by the time they’re selected, so don’t worry – you won’t break the bank reading alongside other participants!

You can become a member of the book club by joining its Facebook group or by signing up for the ‘Now Read This’ newsletter. Happy reading!